The world’s languages, in 7 maps and charts

These seven maps and charts, visualized by The Washington Post, will help you understand how diverse other parts of the world are in terms of languages.

1. Some continents have more languages than others

Not all continents are equally diverse in the number of spoken languages. Whereas Asia leads the statistics with 2,301 languages, Africa follows closely with 2,138. There are about 1,300 languages in the Pacific, and 1,064 in South and North America. Europe, despite its many nation-states, is at the bottom of the pack with just 286.

2. These are some of the languages with the most native speakers 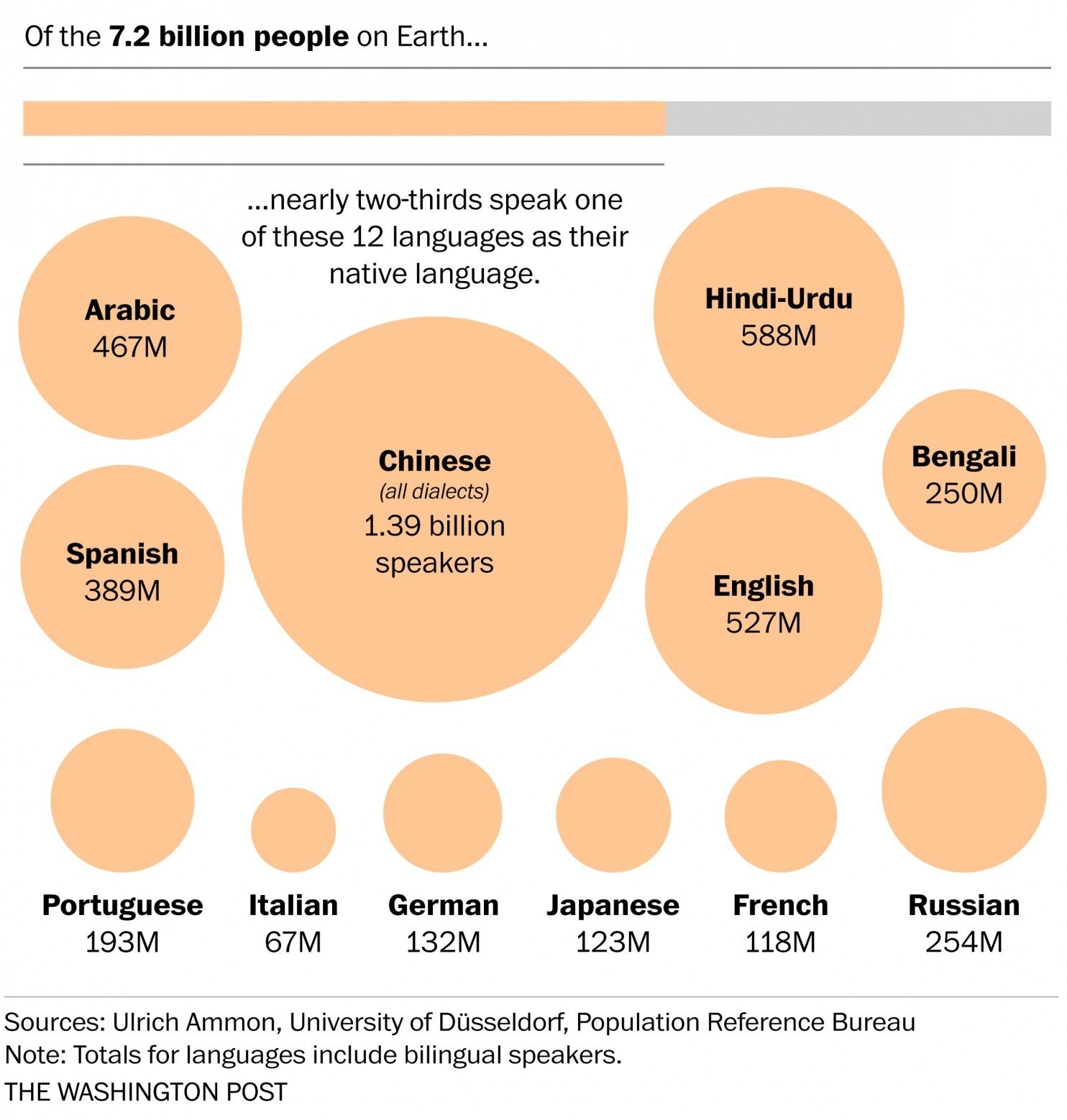 The numbers are fascinating because they reflect the fact that two-thirds of the world’s population share only 12 native languages. Those numbers were recently published by the University of Düsseldorf’s Ulrich Ammon, who conducted a 15-year-long study.

The number for Portuguese is smaller than other sources suggest because not all Brazilians are native speakers. Some might also be surprised that Korean or Punjabi do not show up on the list: Indeed, both are nearly as widely spoken as Italian.

3. This map shows the countries with the most and least diversity of languages

As our visualization of Greenberg’s diversity index shows, the United States is not as linguistically diverse as many other nations.

If you randomly select two people in Cameroon, for instance, there is a 97 percent likelihood that they will have different mother tongues. In the United States, there is only a 33 percent likelihood that this is going to happen. You can click on the various countries shown in the map above to find out how the United States compares with other countries.

4. Many popular languages are spoken in more than just one country 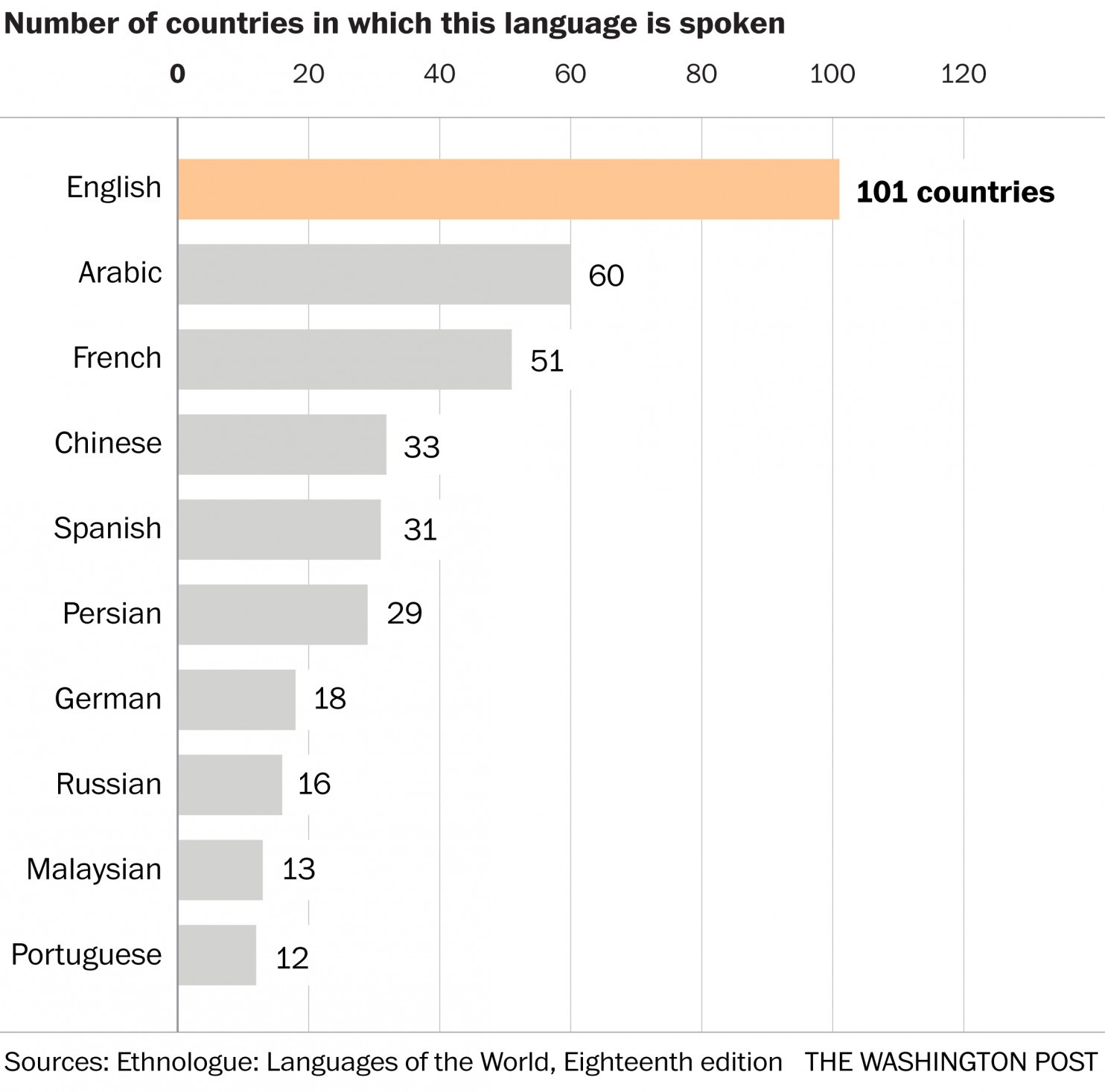 The reason why English, French and Spanish are among the world’s most widespread languages has its roots in the imperial past of the nations where they originate.

5. English is widely used as an official language

However, whether a country has English as its official language says little about how its citizens really communicate with one another. In some of the nations highlighted above, only a tiny minority learned English as a native language.

To see a map, click here
6. Nevertheless, most languages are spoken only by a handful of people.

That’s why about half of the world’s languages will disappear by the end of the century. 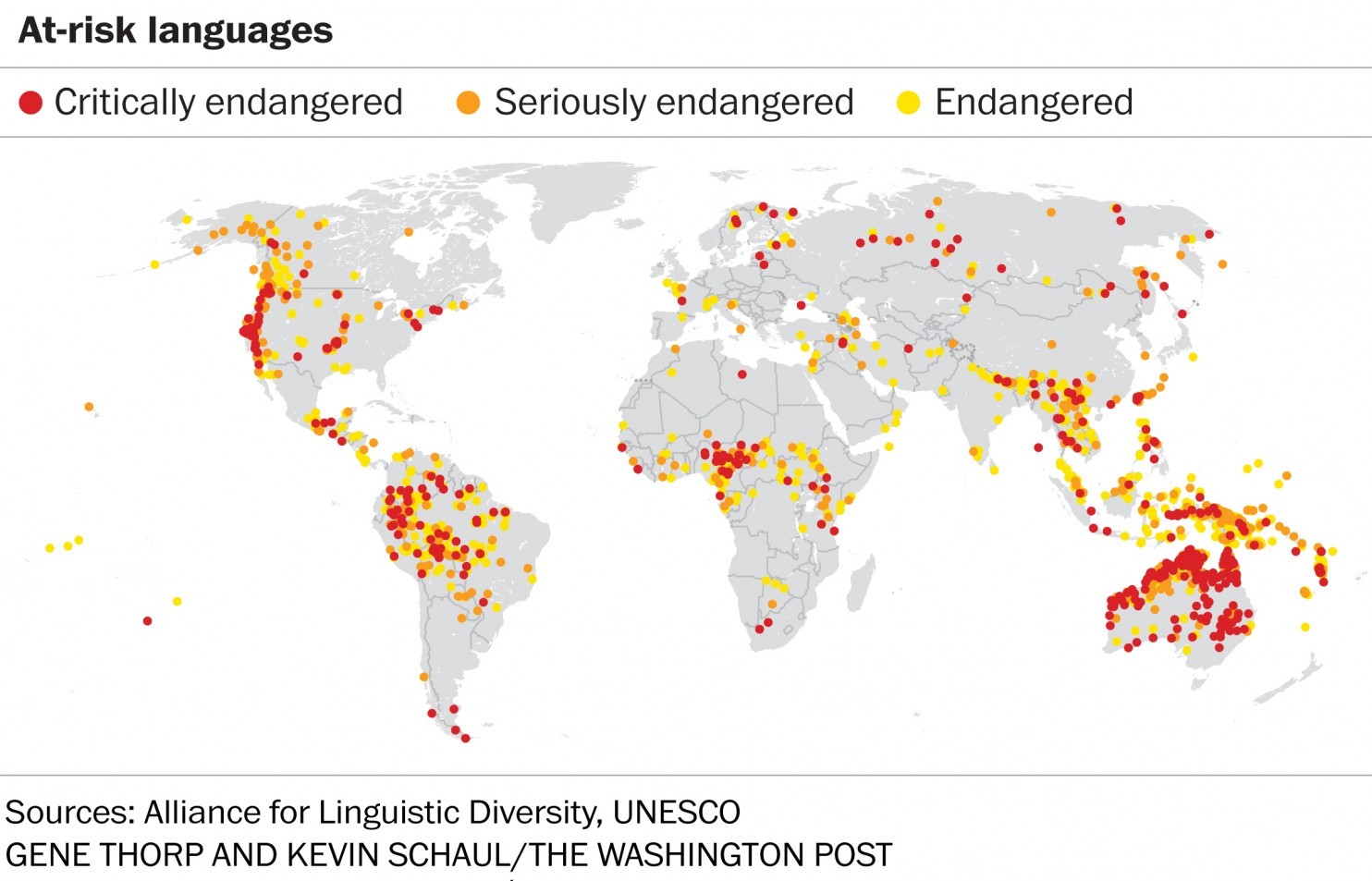 Linguistic extinction will hit some countries and regions harder than others. In the United States, endangered languages are primarily located along the West coast, as well as in reservations of indigenous people in the Midwest. Globally, the Amazon rain forest, sub-Saharan Africa, Oceania, Australia and Southeast Asia are about to lose the most languages.

7. This chart shows how many people learn a language all over the world 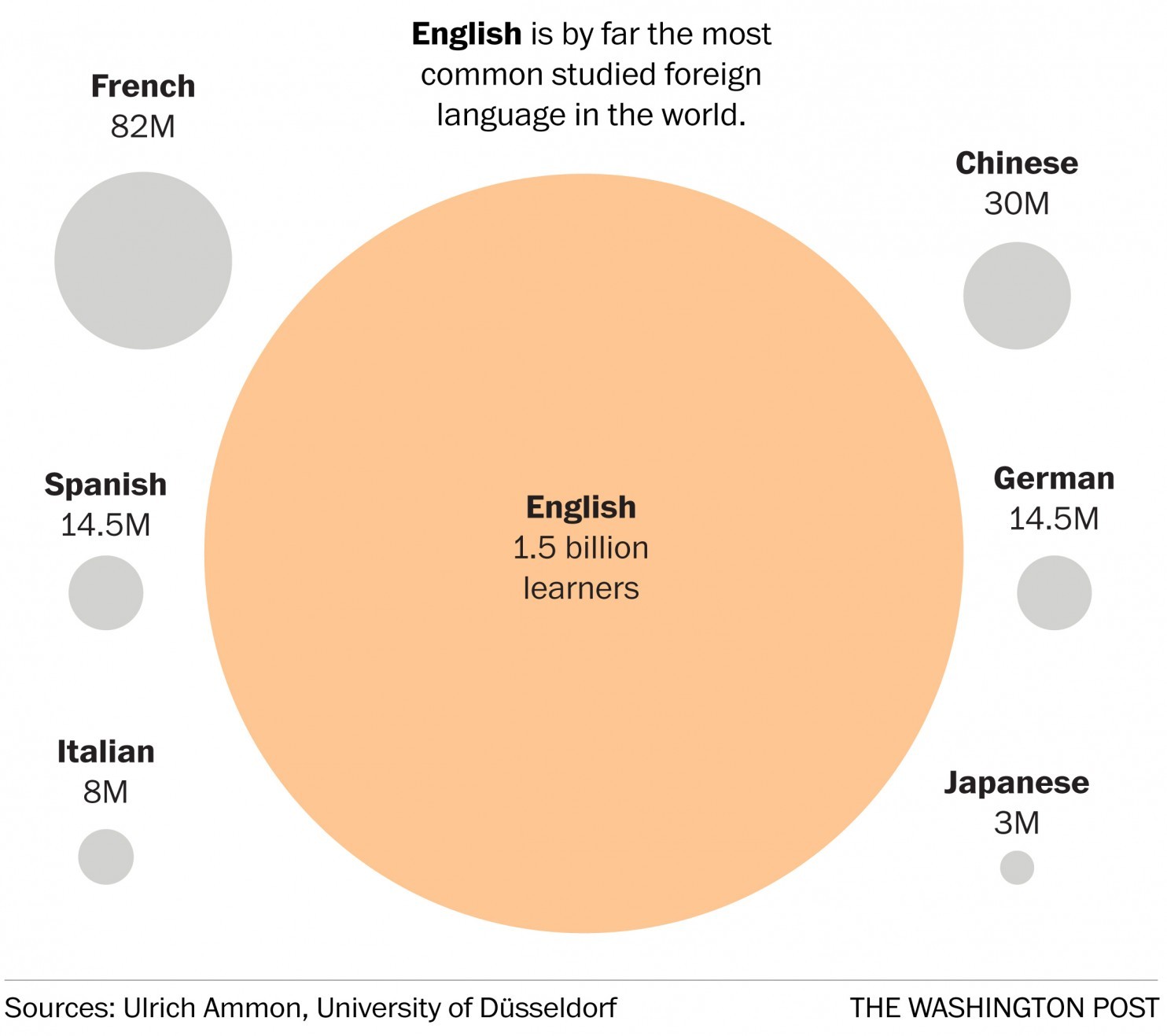 Whereas English lags behind in the number of native speakers, it is by far the world’s most commonly studied language. Overall, more people learn English than French, Spanish, Italian, Japanese, German and Chinese combined.

Some languages have only recently gained attention: The number of U.S. colleges that teach Chinese has risen by 110 percent between 1990 and 2013, making the language more accessible. During the same time, the number of offered Russian college courses decreased by 30 percent.

Some language skills could be more rewarding than others. If you are able to speak German, Americans could earn $128,000 extra throughout their career, according to MIT scientist Albert Saiz. At least financially, German is worth twice as much as French and nearly three times as much as Spanish, for instance.