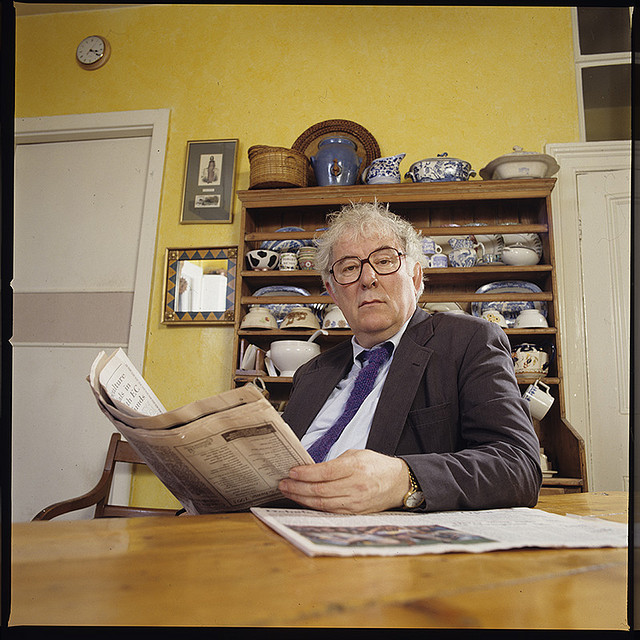 New translation by poet Seamus Heaney will be a classic

A new book from Seamus Heaney is to be published next spring – more than two years after his death.

The translation of an ancient classic by Virgil is one the Nobel Laureate had worked on for over 30 years, finishing it just one month before his passing.

According to his daughter Catherine, the sixth book of Virgil’s epic The Aeneid was „a touchstone“ for her father, „and one to which he would return time and time again throughout his life“.

She said her father’s translation of The Aeneid Book VI was „the result of work and revisions carried out by him over many years… and the decision to publish it was one our family took after long and careful consideration“. She added: „Given its theme of Aeneas’s search for his father in the afterlife, it would be hard to think of a more poignant way for us to mark the end of our father’s own poetic journey.“

The Bellaghy-born poet died aged 74 in August 2013, with a legacy of acclaimed poetry collections and translations of works including Beowulf and The Testament Of Cresseid. Heaney was highly regarded for his translations.

Roman poet Virgil wrote his epic 12-book The Aeneid between 29BC and 19BC. It was the legendary story of Aeneas, a Trojan who undertook an epic journey to Italy, where he became the ancestor of the Romans.

Book VI of The Aeneid was known to have captivated Heaney as a young man. In his last collection of poems, 2010’s Human Chain, Heaney described his encounter with Virgil’s text after finding a second-hand copy of The Aeneid in Belfast.

The story of Aeneas travelling to the underworld to speak to his father took on a special significance for Heaney after the death of his own father in 1986, when he began translating and publishing passages from it.

In Stepping Stones, his 2008 book of interviews with Dennis O’Driscoll, Heaney told him: „There’s one Virgilian journey that has indeed been a constant presence, and that is Aeneas’s venture into the underworld. The motifs in Book VI have been in my head for years – the golden bough, Charon’s barge, the quest to meet the shade of the father.“

One of Heaney’s most famous poems is Digging, which is about his father. Faber and Faber’s poetry editor Matthew Hollis described the new work as a „gift“ to Heaney’s readers.

He said: „It seems almost miraculous that it is possible to publish a substantial new work by Seamus Heaney now, as if, even after his passing, he were capable of offering his readers a gift. That the gift should be Book VI of The Aeneid only adds to the potency of his remarkable translation.“

The Latin to English translation will be produced by Faber and Faber, Heaney’s longtime publisher in the UK, next March. It will also be published in the US by Farrar, Straus and Giroux. A limited edition with accompanying works by the artist Jan Hendrix will be published by the Bonnefant Press of Banholt.