The language you speak may affect your ability to get rich

Oftentimes, the biggest thing holding us back from accumulating wealth is ourselves.

However, there may be another significant factor — one that we can’t control: the language we speak.

That’s what Keith Chen, behavioural economist and economics professor at UCLA Anderson School of Management, deduced from his research and shared in his 2012 TED Talk.

He was intrigued by the radically different savings behaviours displayed by the 34 countries monitored by the Organisation for Economic Cooperation and Development (OECD). While the richest and most industrialized countries in the world share many characteristics, their savings rates (shown here as per cent of GDP) are surprisingly dissimilar: 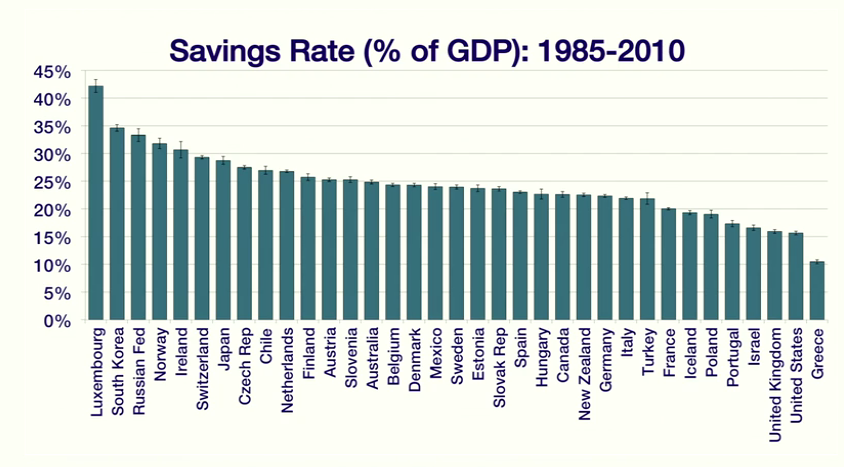 Language may have something to do with these differences, Chen proposes.

Languages can either be “futureless” or “futured,” he explains. When speaking a futureless language, the way you express the future is similar to how you would express the present; the opposite holds true for futured languages, in which the future is expressed distinctly from the present.
For example, if you’re talking about the weather in English (a futured language), you would say, “It rained yesterday,” “It is raining now,” or “It will rain tomorrow,” depending on the context and timing of the event. “Every time you discuss the future or any kind of future event, grammatically you’re forced to cleave that from the present and treat it as if it’s something viscerally different,” explains Chen. You have to divide up the time spectrum in order to speak correctly in English.

A futureless language such as German or Japanese, on the other hand, would use the same verb conjugation for the past, present, and future, which, translated into English, would be “It rainedtomorrow” or “It rained now.”

According to Chen, this subtle difference in grammar could help explain why the US saves much less than other OECD countries.

Chen put his theory to test, looking at data sets from all over the world, and found evidence supporting his hypothesis.

He found an average difference of 5% of GDP saved per year. “Over 25 years, that has huge long run effects on the wealth of your nation,” he said. 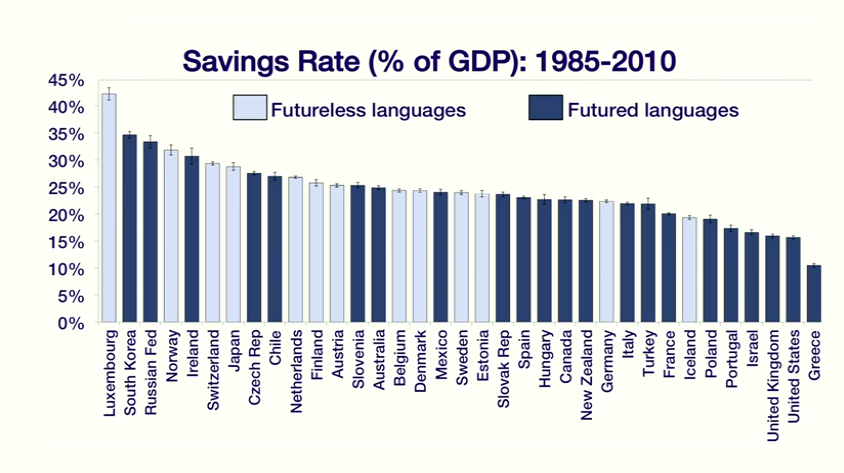 Countries where residents speak futureless languages save an average of 5% more of their GDP than those with futured languages.

This theory can be applied to behaviours beyond the ability to save money, such as smoking. Smoking, in a way, is negative savings, Chen explains: “If savings is current pain in exchange for future pleasure, smoking is just the opposite. It’s current pleasure in exchange for future pain.”
Therefore, the opposite effect should be found. As expected, Chen found that futureless language speakers are about 25% less likely to smoke.