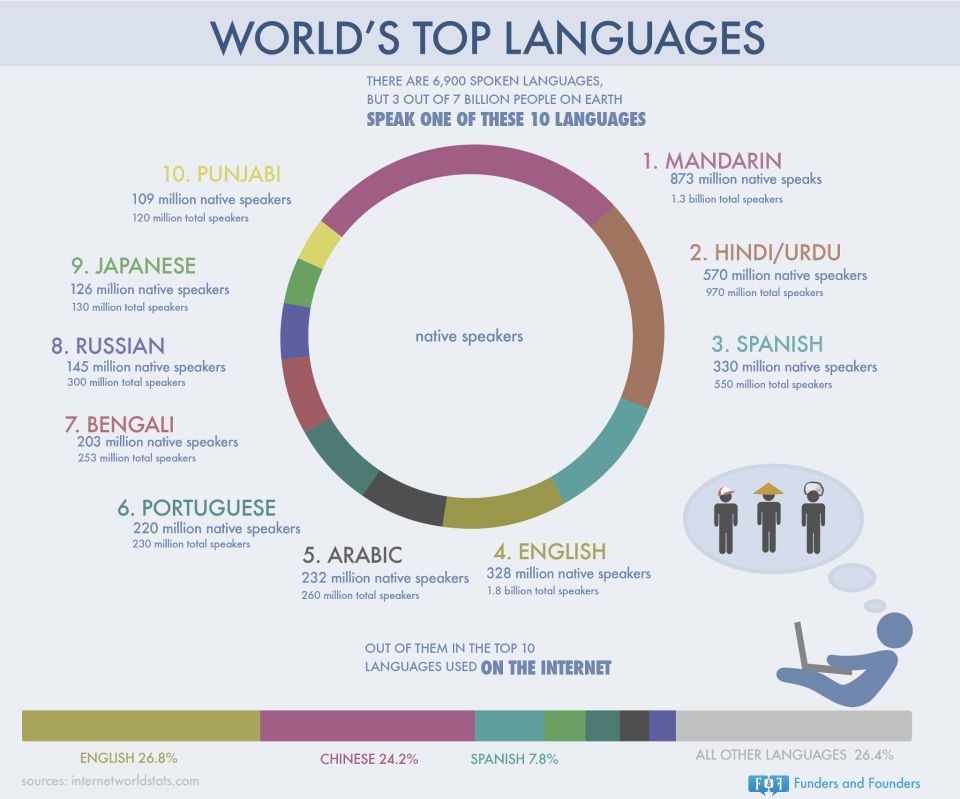 There are 7 billion people on earth and about 7000 languages, but more than half of the world’s population speaks one of just 23 languages. This infographic, created by Alberto Lucas Lopézfor the South China Morning Post, shows the relative size of speaker population for all the languages that have over 50 million speakers (based on data from Ethnologue). It shows, quite strikingly, how giant the population of Chinese speakers is, compared to any of the other languages.
On closer inspection of the full resolution map, you can see that even when broken down by dialect, Chinese is massive. At 848 million speakers, Mandarin outstrips English by half a billion. „Smaller“ dialects like Wu and Cantonese outstrip the entire population of Persian and Malay speakers. 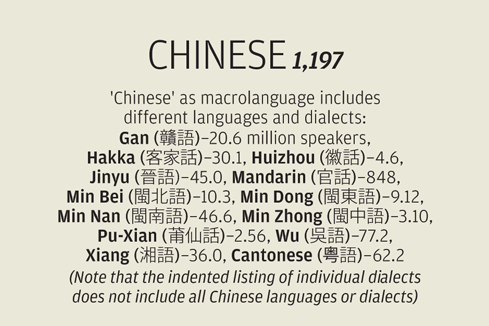 The image is further broken down by country. The smaller areas within each language show the number of speakers in different countries. Although the countries for each language are not comprehensive—countries with small numbers of speakers of that language are grouped together under a single area marked with „+“— the number of smaller areas gives a good picture of nationality and language at a glance. Arabic is spoken in a large number of countries, while Japanese is only spoken in Japan. Nearly half of Bengali speakers live in India.

The colors show which regions the countries are in using the following coding: